i Creative and the Exquisite Corpse 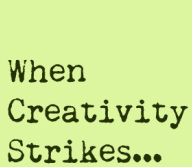 “Creativity is just connecting things. When you ask creative people how they did something, they feel a little guilty because they didn’t really do it, they just saw something. It seemed obvious to them after a while. That’s because they were able to connect experiences they’ve had and synthesize new things. And the reason they were able to do that was that they’ve had more experiences or they have thought more about their experiences than other people. Unfortunately, that’s too rare a commodity. A lot of people in our industry haven’t had very diverse experiences. So they don’t have enough dots to connect, and they end up with very linear solutions without a broad perspective on the problem. The broader one’s understanding of the human experience, the better design we will have.” – Steve Jobs, Wired, February 1995


Employers want creative workers. Organisations are starting to see the value of arts-based initiatives (see the 'Alice Project' tab for further details on ABI's) in developing and encouraging their employees' creativity.

"Few resources have been invested in the study of creativity, relative to its importance both to the fields of psychology and to the world".
- Sternberg and Lubart (1999: 12)


The above quote from Sternberg and Lubart (1999:12) was the catalyst that led me to create the video "i Creative" (see the Creativity tab to watch the video). I wanted to produce an artefact that would serve as a resource into the study of creativity and allow me to flex my creative muscles while developing my own understandings and beliefs about creative agency. Another intention was to help students develop their own perceptions and awareness of their creative skills as part of their own identity building. I did not carry out any additional qualitative or quantitative research to test or hypothesise what the students learned by being involved in the film. I did not feel it was necessary. My focus was primarily on the production of the artefact itself and discovering new theories about creativity and my own engagement with it. I am pragmatist who favours pragmatism ontologies and epistemologies. In this sense, I should highlight what I interpret as pragmatism. Pragmatism is essentially practical rather than idealistic; it is 'practice-driven (Denscombe, 2008: 280). As a pragmatist, I believe that there may be both singular and multiple versions of the truth and reality, sometimes subjective and sometimes objective, sometimes scientific and sometimes humanistic (Cohen et al, 2011: 23).  Rather than engaging in the self-absorbed debate over qualitative or quantitative affiliations, I prefer to get straight down to the business of judging research by wether it has enabled me to find out what I want to know, regardless of wether the data and methodologies are quantitative or qualitative (Feilzer, 2010:14). I am not a slave to methodological loyalty or a particular academic community or social context (Oakley, 1999). Therefore, the point of "i Creative" was to give myself total creative freedom and produce a resource that both explores what creativity means to people while also allowing myself to be creative in the act of producing a video. The normal route for documentary film makers is to produce a shooting script or a storyboard in the early planning stages. I did not do this.


"i Creative" is a “creative” documentary film that explores creativity in the classroom and attempts to unearth the possible limitations that are inherent in education. It deliberately questions if students can be creative and original. As Jackson (2004) explains: “Even where creativity was not taught, not considered teachable and not valued in assessment, it was still relevant in defining how the students saw themselves. The use of creativity as a discourse – currently so confused and inconsistent – becomes vital in this respect, since claims to an emergent creative identity can only be warranted if they can be articulated. In this sense, it may be possible that even a small change – helping students to learn how to talk about creativity, particularly in the context of their study – would have an important effect, enabling students to lay claim to creativity in a way that currently eludes them within academic contexts." The artefact also charts students devising and planning their Drama performance pieces and includes interviews with teachers who were very keen to share their feelings about creativity. 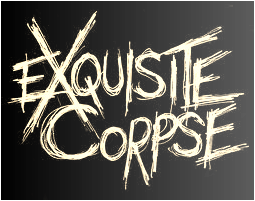 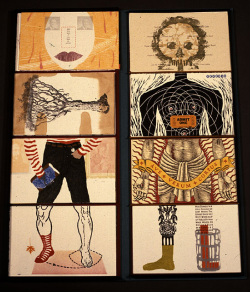 Source: "Dada & Surrealist Art," by William S. Rubin
"i Creative" has similarities to Dada and Surrealist Art. I was not intentionally setting out to produce a documentary that could be categorised neatly as surrealistic or dadaist, I just wanted to be creative and expressive myself in what I thought would be an original way. However, when I previewed "i Creative" last December, some of the feedback I got back questioned it's legitimacy with criticism levelled mainly at my use of technical skills - the shot compositions and editing techniques contained in the film. My justification for the style of the video was that I was not looking to follow text-book television industry standard techniques and rules. This would have placed certain time constraints on me, and it would have taken away the creative freedom I desired. One cannot be completely "lost" in the creative moment if he or she has to re-shoot footage to get the right light, angle, eye level or has to insert a shot reverse shot in order to satisfy industry standard requirements. It soon became necessary to give a clearer artistic justification for the style of "i-Creative" in order for it to have a theoretical weight. When I was in the conceiving stages of the documentary I knew that I wanted to express a new kind of mentality in my approach. I therefore used the surrealist game of accident "exquisite corpse" to help me get an idea of my narrative - if it is possible to say that "i Creative" has a narrative. I certainly used it to help me design a running order when I was editing the film. Using exquisite corpse also enabled me to rationalise my own feelings towards what creativity is. Depending on which side of the fence one sits, exquisite corpse either helps the artist take action and produce work that has unexpected juxtapositions and cut-up techniques or it trips creativity up as being a simple process of "sticking bits and pieces together". My own personal view is that the end product exquisite corpse produces is something that is entirely unique and "creative" but I question if the process leading up to the final product has enough reflection and theoretical standing particularly in an educational environment .

I will now give a brief explanation of what exquisite corpse is (Please see the video "The ABC's of DADA" below for more information on Dada).

Exquisite corpse is a surrealist game of accident that avoids liner 'sense' and submits to luck/chance. Based on an old parlor game, it was played by several people, each of whom would write a phrase on a sheet of paper, fold the paper to conceal part of it, and pass it on to the next player for his contribution. The result would be a kind of collective collage of words or images which the surrealists called "cadavre exquis" (exquisite corpse).


The technique got its name from results obtained in initial playing, "Le cadavre / exquis / boira / le vin / nouveau" (The exquisite corpse will drink the young wine). Other examples are: "The dormitory of friable little girls puts the odious box right" and "The Senegal oyster will eat the tricolor bread." These poetic fragments were felt to reveal what the surrealists characterised as the "unconscious reality in the personality of the group" resulting from a process of "mental contagion."

To the surrealists, exquisite corpse represents the belief of the French poet Comte de Lautréamont's who was frequently cited in Surrealist texts as saying that "poetry must be made by all and not by one." This point of view was then transposed to images. As a result, the game was adapted to the possibilities of drawing, and even collage, by assigning a section of a body to each player. This surrealist principle of metaphoric displacement led to final images that vaguely resembled the human form (see the picture above) and were deemed as being creative and unique.